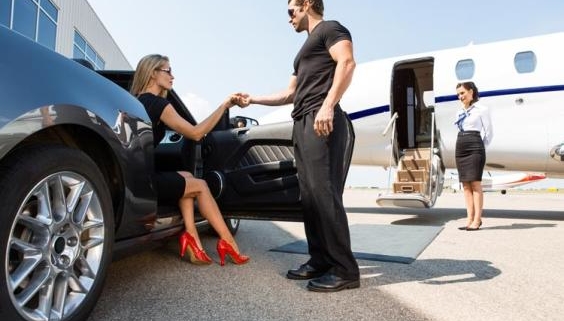 When it comes to protecting a Chinese billionaire, protection agents are often tasked with also protecting their family members. Young people, such as the billionaire’s children have a naiveness and enjoy flaunting their wealth. What many clients don’t realize is that it’s often necessary to have protection agents with their children, especially when they are in a new country.

The Threats to Crazy Rich Asians

Billionaires typically travel with their families and make it somewhat of a vacation for them while they are here on business. The children, no matter what age they are, often see this as a time to let loose and party in America. However, the reality is that they are attached to a wealthy family and vulnerable, especially in a space they’ve never been to. Here are just a few of the risks that many clients don’t understand.

Getting Involved With The Wrong People

It’s easy to get involved with the wrong people. It can happen to anyone. Some people are great at concealing their true identity and will target rich people from foreign countries. These people’s intentions could be anything from making a quick buck by blackmailing the young people or getting money out of them in some way.

For example, these naive young people may meet someone at a club, bar, or while out on the town. They can easily get enthralled by a new person in a new land and may seem them as a new friend. However, this person may have nefarious intentions, like convincing a crazy rich Asian to send them nude photos and using them later to blackmail them for money.

They may also get involved with people who wish to do them harm. America and China are currently in a trade war, and that does not sit well with a lot of people on either side. If the young person’s father is a billionaire, they may try to exploit the family in any way possible. Kidnapping is not uncommon, especially when someone from one country visits another and they have money.

At the very least, crazy rich Asians can fall victim to fraud. They may meet many people in their travels that want their money and will say or do anything to get it.

Getting Caught On Camera

One thing that many people don’t consider is that cameras are everywhere. Everyone has a camera in their pocket at all times. When crazy rich Asians come to the US, they may have never left their country before and want to have a good time. This can lead to drugs, prostitutes, and illegal activities that can get them in serious trouble.

Anyone, anywhere can snap a picture of you and post it online. The reputation of the billionaire is essential and so is the privacy of their loved ones, so it’s important not to have video evidence proving that someone related to them has done something illegal.

There’s one thing that young people are known for, especially when they are on vacation: making poor decisions. However, while some people’s definition of a poor decision might be drinking too much, the decisions of the crazy rich Asians will most likely have more significant consequences.

They might tell people that their father is the richest man where they are from. While they may think that they are impressing people, they are simply telling people they are an easy target. They could easily believe that they are getting invited to someone’s home when, in reality, they are being kidnapped.

Posting on social media may also seem harmless. However, if the billionaire is known to the public, and disliked for any reason, his children may become targets. Posting your whereabouts on social media can put you in grave danger. It lets the world, and all of the criminals in it, know where you are and what you’re doing. The criminals can then come up with a plan to hurt you in some way.

At the very least, not having protection when traveling, can get you into trouble. Protection also means privacy, so that you’re not caught doing anything that could damage your reputation of that of your billionaire relative. In extreme cases, you are opening yourself up to the possibility of getting hurt physically.

For these reasons, it’s always important to have executive protection agents for the billionaire and his family members. These agents allow them to have the same amount of fun and enjoy a luxurious lifestyle, without putting themselves in harm’s way.

We are not merely bodyguards put in place to protect you from physical harm. We have the expertise and experience to help you remain anonymous and safe when you are traveling. An executive protection agency will also perform surveillance on locations to make sure that they are safe. They can also perform background checks on any individuals who want to befriend the naive youngsters and high-net-worth individuals to prevent any criminal activity.

Many people forget that when they are traveling, there are certain risks. These risks are magnified for high-net-worth individuals and their family members. Don’t let yourself or your family get put in dangerous situations because you didn’t hire the best executive protection team.

This post is also available in: Chinese (Simplified) Chinese (Traditional)

Building Trust with a Chinese Billionaire to Protect Him

To All Chinese Billionaires – Protecting Your Privacy When Traveling in the...
Scroll to top